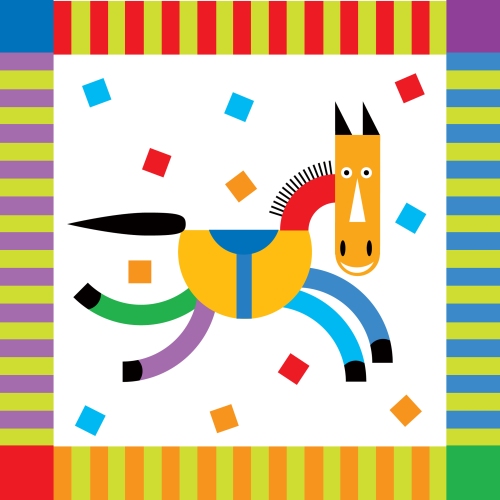 Brian Morrissey recently wrote in Adweek about the “great race” between traditional and digital shops to become the lead agency, that is, the agency that leads all brand communications efforts for the client among a stable of shops covering specific specialties.  Morrissey’s piece reports on a Forrester “state of interactive agencies” survey showing that only 23% of global interactive marketers believe that the “the traditional brand agency is capable of planning and managing interactive marketing activities.”  Conversely, only 22% think their interactive agency is ready to assume the leading role in managing all brand communications.  Thus the great race for world domination of brand stewardship between the traditional and digital agencies is off! To quote Morrissey, “…traditional shops scramble to add digital know-how and digital shops seek to move up the ladder to become brand stewards…”

Joseph Jaffee, in his latest installment of JaffeJuiceTV suggests there’s a third horse in the race, the social media agency.  (Thanks to Joe for drawing my attention to the Morrissey article in his video.)  You have to admire Joe for waving the social media flag, since his company, crayon, was just acquired along with two other companies by powered to create the first “social media agency with scale,” as I believe he calls it.

When a traditional agency acquires digital know-how — usually that means buying a digital agency — that’s one thing.  Integrating that expertise with the brand strategy capabilities of the acquiring agency is quite another.  Whether it’s a two or three-horse race, ultimately it’s about tearing down the walls that stand between traditional, digital and social in our minds and in the way we work so that ideas move freely, are informed and work across all three. It means bringing people of different minds, with different perspectives, together, ideally in physical space, not separating them into silos, so they can create something better and more powerful together.  The agencies that get that right will be the ones that win.  And then it won’t matter if they’re traditional, digital or social.  Because at that point they will be a horse of a completely different color.